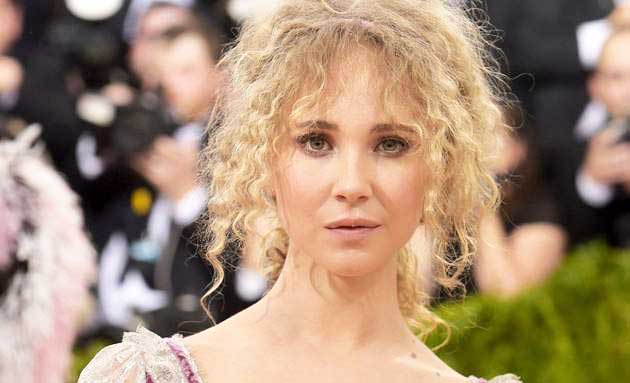 The actress joins a cast where we already find Miles Teller, Matthew Goode, or Dan Fogler.

The first bars of The Offer, a Paramount + series that addresses the filming of The Godfather in the 70s, were getting complicated. Armie Hammer had been signed as its main protagonist, getting into the shoes of producer Al Ruddy, when a scandal broke out about his first bizarre sex life and then the most disturbing, ultimately causing a police investigation. In any case, Hammer had to leave the production, and his role fell into the hands of Miles Teller while Dexter Fletcher ( Rocketman ) was appointed as director of several episodes including the pilot.

In recent weeks the situation has taken a more optimistic pace, with the distribution practically closed. According to Deadline, the last to join him is Juno Temple, an actress seen in Vinyl, Maleficent: Mistress of Evil, or, above all, the successful and recent Ted Lasso, whose second season arrives on Apple TV + on July 23. In The Offer Temple, she will play Bettye McCartt, Ruddy’s personal assistant during the production of The Godfather who would later become the manager of stars such as Tom Selleck, Maureen O’Hara, Anthony Quinn, George Clooney orBilly Dee Williams.

While Paramount undertook the gestation of The Godfather, McCartt was involved in several conflicting situations on account of the scrutiny that the film suffered from the mob. Along with Ruddy, his assistant received threats to have the filming of The Godfather canceled, and at one point Lenny Montana (interpreter of Luca Brass and a former boy for all gangsters) gave him a very peculiar gift: a luxurious watch that warned him enigmatically not to take if traveling to Florida. The Offer will, in effect, explore the problems The Godfather had to go through beyond Paramount’s mistrust of Francis Ford Coppola, director in charge of the project.

Coppola will be played by Dan Fogler (seen in Fantastic Beasts ), while in the cast of the ten-episode miniseries we also find Matthew Goode as studio head Robert Evans (played by Jake Gyllenhaal in the other recreation of the filming of The Godfather. that is being prepared in Hollywood, the film Francis and the Godfather ) and Colin Hanks as Barry Lapidus, executive of the conglomerate to which Paramount, Gulf & Western belonged at the time. The series is written by Nikki Toscano and Michael Tolkin and has no release date yet.

Advertisement. Scroll to continue reading.
In this article:Ted Lasso, The Godfather