"Vikings": what happened to Lagertha after divorcing Ragnar
Advertisement 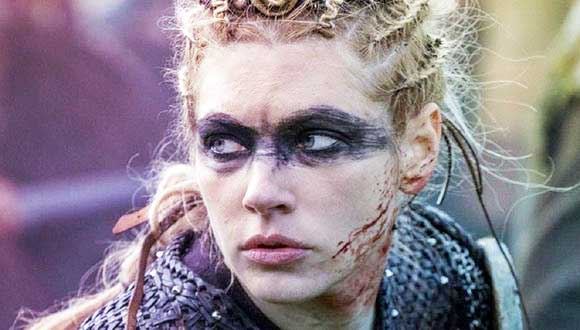 “Vikings”: Lagertha left Ragar in the second season of “Vikings” after his infidelity with Aslaug.

Without a doubt, Lagertha is one of the strongest characters in “Vikings”. Although he always showed his strength from the first season of the historical series, his rise began after his divorce from Ragnar in the second installment of the fiction created and written by Michael Hirst.

Ragnar and Lagertha have two children Bjorn and Gyda, but the latter is killed when a plague hits Kattegat in the first installment. Shortly after, Katheryn Winnick’s character becomes pregnant and suffers a miscarriage. Causing Ragnar to wonder how he will have the children the seer promised him.

While working for King Horik he meets Aslaug, a princess of Götaland, whom he impregnates and becomes his second wife. Although Lagertha tries, she cannot accept the betrayal of her son’s father and decides to abandon him.

Ragnar and Bjorn catch up with her in the middle of the road and try to convince her to stay, but the warrior insists that “it is destiny.” Upon seeing his mother, Ragnar Lothbrok’s eldest son decides to go with her.

WHAT HAPPENED TO LAGERTHA AFTER RAGNAR’S DIVORCE?

Four years later, in the third chapter of the second season of “VikingsLagertha is married to Earl Sigvard, the Earl of Hedeby, who constantly mistreats his wife, even trying to sexually assault her and letting other men into mother Bjorn’s room.

Tired of the mistreatment, Lagertha stabs him in the eye in front of everyone and becomes the Earl of Hedeby. She remains in power until Kalf usurps the county in the third installment while she was in Wessex.

After becoming Kalf’s lover and becoming pregnant with their son, Lagerthahe finally regains power on his wedding day when he stabs. Soon after, she has another miscarriage. Years later, Lagertha gains more power by usurping Kattegat and assassinating Aslaug.

Advertisement. Scroll to continue reading.
In this article:Vikings