Telecinco, the Eurocup, and the hammer technique: this is how 'Operation Camarón' has been cast in all houses
Advertisement 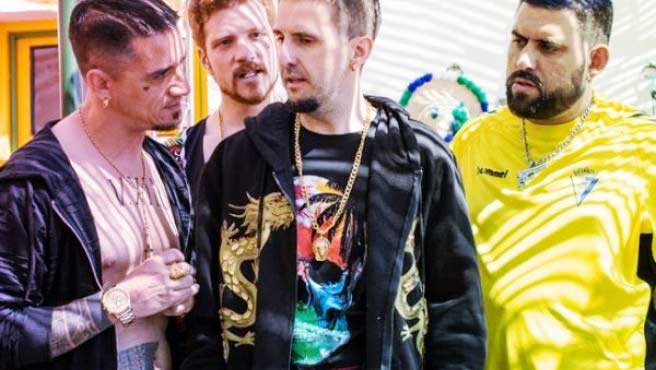 There are many ways to promote a movie. There is the classic, through posters on buses, canopies, and other spaces in the air. Or the modern one, through social media campaigns, which, as a recent study has shown, is usually quite effective among the youngest. However, Telecinco has proposed a different strategy to make its new film, Operación Camarón, achieve the impossible: enter every house in Spain. At least in all those that have a television and soccer people in them.

Mediaset, one of the production companies responsible for Carlos Therón’s film ( It’s for your good), is broadcasting the Eurocup these days through its channels (Telecinco, Cuatro, and BeMad). And taking advantage of the pull of football, which is not a little despite what Florentino Pérez has said lately, they have put their commentators to recommend and relentlessly remember the premiere of Operación Camarón.

“Don’t miss Operation Camarón, a hilarious comedy starring Julián López ” can be heard from time to time during the narrations of the Eurocopa matches. And almost always in the voice of the same announcer, José Antonio Luque, who has been the center of the jokes generated in social networks as a result of the film. So much so that people already make all kinds of memes, jokes in the form of tweets, and even a cheer of when the long-awaited reminder of the premiere will arrive.

And what about ‘Devil’s Clocks’ and ‘Nene’?

Mediaset, José Antonio Luque, and the hammer technique with Operation Camarón might seem at first glance that they have little or nothing to do with football. However, it should be noted that the film has the participation of the actor, comedian, and former soccer player Juan Carlos Librado ‘Nene ‘. In fact, Nene also appears in the other products that the commentators do not stop talking about: The Devil’s Clocks.

The series is more fashionable, some are even more popular than many movies, and the chain is well aware of this. That is why they have also taken the opportunity to sponsor with the same enthusiasm his next series, The Devil’s Clocks, a series “inspired by real events starring Álvaro Cervantes and Alicia Borrachero “, in the words of the commentators themselves.

The truth is that, beyond the jokes generated, always with the best of intentions, the two productions are getting the push of visibility for their next releases. Carlos Therón’s comedy with Julián López in the skin of an infiltrated policeman opens this Thursday, June 24, in theaters, while the Italian series with Alicia Borrachero and Álvaro Cervantes opens very soon on Telecinco. And if not, ask Luque.