Priyanka Chopra reached her restaurant in bold dress, created a ruckus on the internet
Advertisement 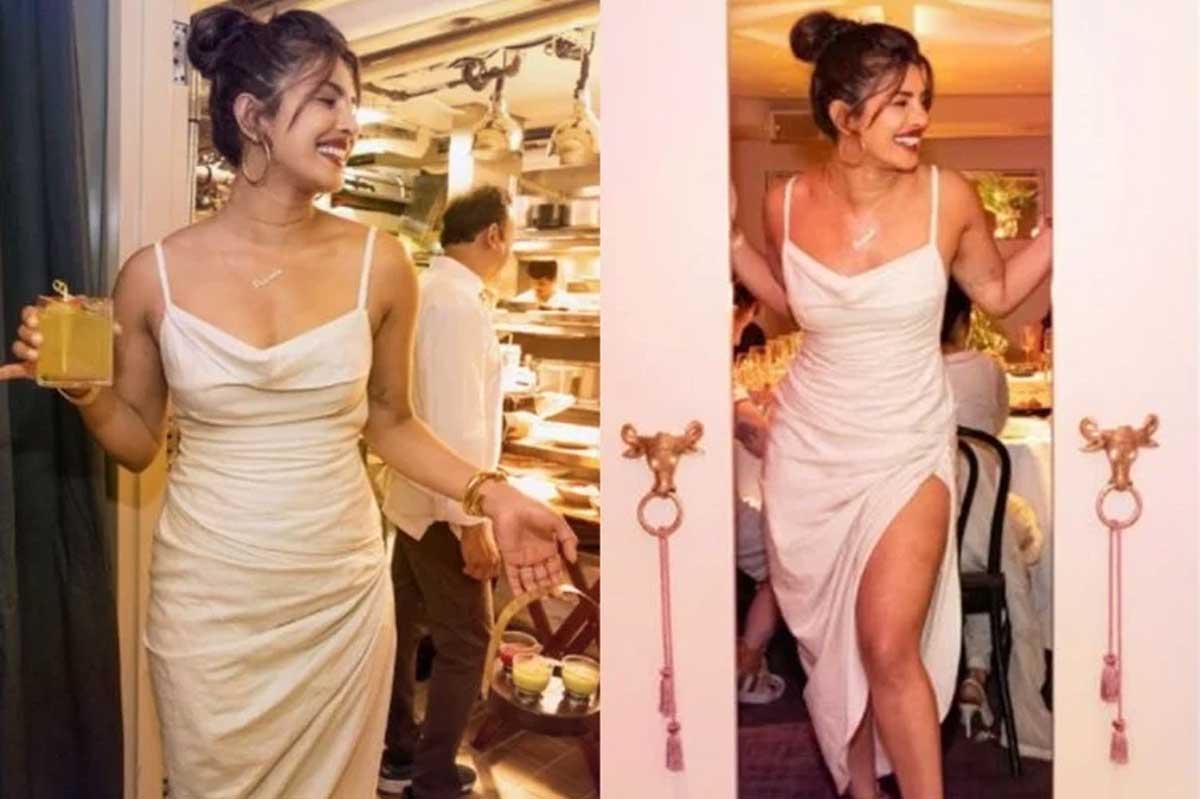 Desi girl Priyanka Chopra, who plays her acting and beauty abroad, often remains in the headlines. Not only has Priyanka earned a name in Bollywood, she has also become a big star in Hollywood. Priyanka has been in constant discussion since her marriage with American singer and actor Nick Jonas. Along with films, Priyanka is also very active on social media. If she often shares great pictures, then fans like it a lot. Along with showing her strength in films, she is also in the discussion about her restaurant ‘Sona’. Priyanka has opened her own restaurant in New York where Indian food is served.

Priyanka Chopra created a ruckus in a bold dress

Priyanka had reached this restaurant a few days ago and during this time she shared many pictures with fans on social media. Now recently she once again reached her restaurant and her stunning pictures have come out. However, the bold style in which Priyanka has shared the pictures is blowing people’s senses. Not only the fans but her husband Nick Jonas has also fallen in love with his wife after seeing her glamorous style. Priyanka’s pictures are becoming very viral on social media.

It is seen in these pictures that she is seen wearing thin straps, high-slit silk dress. With this dress she wore golden heels, golden wristwatch, and matching bracelet. Along with this, Priyanka made her hair a high bun. Priyanka was looking beautiful in these pictures. Seeing these pictures, the fans are going crazy about them. Sharing the post, Priyanka wrote in the caption – Timeless India in the heart of New York City.

Her husband Nick Jonas has also showered love on these pictures of Priyanka Chopra. Nick has shared a smiley emoticon post liking his picture. Along with this, Ileana D’Cruz also wrote for her co-star – Girl…. Priyanka’s fans are making heart, fire emoji on her pictures and making tremendous comments like beautiful-glamorous.

Let us tell you that even before this when Priyanka Chopra shared a picture of her going to her restaurant, the fans showered a lot of love on her. When Priyanka reached her restaurant, she enjoyed dosa and gol gappa there. He also shared its pictures on social media, which was well-liked by the fans.