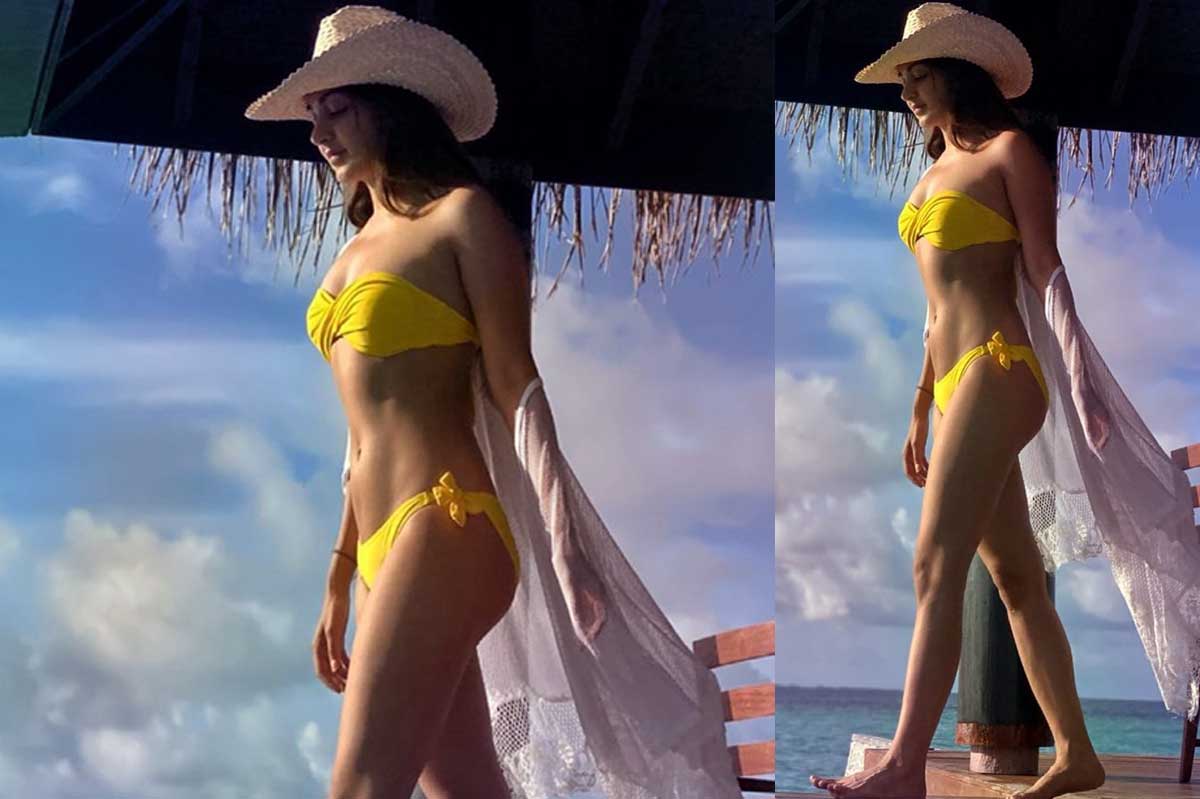 Kiara Advani shared a picture on her Instagram a while back. In this photo, she is seen posing in a yellow bikini and shrug. Kiara is also looking very stylish in this picture. She completed her look with a sun hat. Let us tell you that this picture of Kiara was done during Maldives Vacations.

Kiara Advani is seen in a yellow bikini in this throwback photo. Kiara looks quite bold and fit in the picture. Kiara wrote in the caption- ‘Dear bikini body, please come back.’ These bikini photos of Kiara Advani are becoming increasingly viral on social media.

Not only fans but also celebs are very fond of this photo of Kiara Advani. Bhumi Pednekar wrote on Kiara’s post – Babe, while Karisma Kapoor has also commented on the yellow heart emoji. Apart from this, many other celebs including Manish Malhotra, Jhanvi Kapoor, Tisca Chopra, and Rasika Duggal have also reacted.

On the work front, Kiara Advani will soon be seen in ‘Bhool Bhulaiyaa 2’, ‘Sher Shah’, ‘Jug Jug Jio’, ‘Bhediya’ and ‘Mr Lele’. The shooting of some of these films has been completed, while the havoc of Kovid is visible on some.
The actress is missing the vacation

While sharing the photo, Kiara Advani wrote in the caption, ‘Dear bikini body, come back again.’ This bold avatar of Kiara is being liked by the fans. Fans are constantly reacting by commenting on this post of Kiara.

Kiara Advani is in the headlines for these films

Talking about Kiara’s work front, she will soon be seen in ‘Shershanh’ with Sidharth Malhotra. Apart from this, she is also going to be seen in ‘Jug Jug Jio’ with Varun Dhawan and ‘Bhool Bhulaiya 2’ with Karthik Aryan.

Kiara is very active on social media to stay connected with her fans. Kiara has a huge fan following on Instagram. She often keeps posting her pictures and videos with fans. Kiara is one of the top actresses of Bollywood. Beautiful actress Kiara Advani, who became an overnight star by playing the role of Preeti in the film Kabir Singh, has once again set the internet’s mercury high.

Advertisement. Scroll to continue reading.
In this article:Kiara Advani Got