Kate Herron, director of 'Loki': "Confirming that Loki is bisexual was one of my goals"
Advertisement 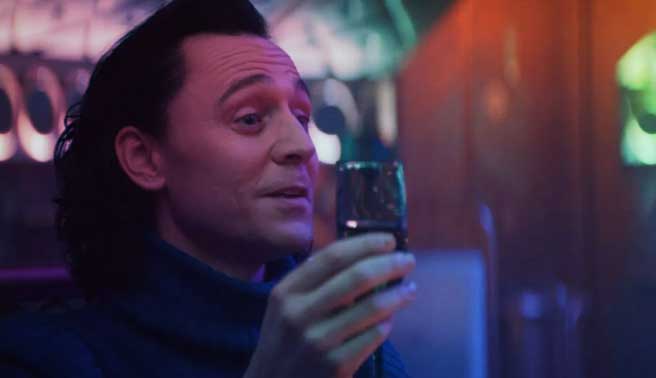 Kate Herron The person in charge of the series expresses her satisfaction when confirming that the god of lies goes to princes and princesses.

To comic book readers, it was well known. Because, in the hands of screenwriters like Kieron Gillen, Loki is one of the few male Marvel characters who identify as bisexual and express it as such. But that account was still pending settlement in the MCU and Loki (the series) has resolved it with a dialogue between the god of deception and his female variant (Sophia Di Martino).

Kate Herron, director of the series, is very satisfied with this confrontation. And not only because seeing Tom Hiddleston talking about princesses and princes is highly aesthetic, but also because it fulfills one of the goals that she set herself when she took charge of Loki since she is also bisexual.

From the moment I joined @LokiOfficial it was very important to me, and my goal, to acknowledge Loki was bisexual. It is a part of who he is and who I am too. I know this is a small step but I’m happy, and heart is so full, to say that this is now Canon in #mcu #Loki 💗💜💙 pic.twitter.com/lz3KJbewx8

“From the moment I joined Loki, it was a very important goal for me to recognize that Loki is bisexual. It is a part of who he is and also who I am,” Herron tweets. He continues: “I know this is a small step, but I am happy and my heart is satisfied to say that this is canon in the MCU”.

Beyond the novelty or the satisfaction of Herron, we can agree with Herron when he admits that it is a very small step. Saving a reference to a secondary character in Avengers: Endgame, we have barely had hints of sex-affective diversity in Marvel movies or series. As for the character, it would also be necessary to address that gender fluidity that even Odin himself has come to recognize (always on paper).

But, if it has taken comics half a century to get to that point, we are not going to complain if the audiovisual content of the House of Ideas goes a little slow.

Advertisement. Scroll to continue reading.
In this article:Kate Herron, Loki