Josh Thomas: "Americans are obsessed with their feelings"
Advertisement 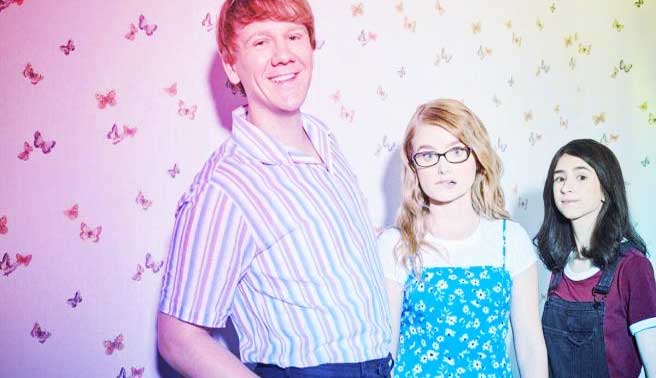 Josh Thomas: The Australian comedian, who has already triumphed with ‘Please Like Me’, moves to the United States with ‘Everything will go well, his new series that premieres on Movistar +.

Following the success of Please Like Me, comes all will go well (Movistar +), the new series of Josh Thomas. Comedian prodigy, a worldwide reference for his way of understanding reality, leaves his native Australia to conquer a more sentimental America. We ask for nationality on Josh Thomas’ head, wherever he is.

Your two series seem very similar and, at the same time, they have elements that completely separate them. What did you try to do in Todo VA a VA bien that you couldn’t complete in Please like me?

The biggest difference between them was going from doing a series in Australia to doing it in the United States. The personality, the culture, and the way that Americans do television are different. But of course the two look alike. Let’s see: the protagonist is me, I don’t know how to act, I have these looks and this voice, I’m not Meryl Streep.

In Please like I had exhausted all my experiences as a 20-something. Everything that could be used is in the series. So I was left to talk about what it feels like to be a teenager. And I wanted to have the character of a teenage girl.

Do you feel that you are running out of material from your own life to include in your projects? Is this the first step in telling stories of others?

Yes, when I started filming Everything is going to be fine, I had not yet been diagnosed with autism. After years of telling my own story, I felt prepared to address the experiences of others. I did it through Matilda, my stepsister in fiction, a seventeen-year-old autistic girl played by Kayla Cromer, an actress with autism.

It’s not something I would have included had it not been for the experience with Please like me. Although come to think of it, it is quite strong having told the story of your mother’s suicide attempt on TV without having a clue of doing television.

You were successful as a stand-up comedian at a very young age, and have succeeded ever since. How does one feel in these circumstances?

It is true that I started with the stand-up fifteen years ago and I have not stopped since then. But, let’s see, I have not always been successful. I’ve also had to participate in shows like Celebrity Splash, where they bring together celebrities to teach them to do trampoline jumps. I did it to pay bills [laughs].

What happens is that, usually, your failures go unnoticed. Nobody bought tickets to my shows when it sucked, so nobody knows anything about them. This is an important lesson: it makes you braver.

Not necessarily: I have a great time. Much of what I do I do it alone, and that makes me feel comfortable and stresses me less. When I was young I was very lazy, it’s something I have to fight against. You have to find the balance between being overwhelmed enough to want to work and coming up with new ideas, while not letting work ruin your life.

What does it mean to be Australian? What is there in your humor, in your style, that is present in your series and is different from other cultures?

Everything is going to be fine talks a lot about feelings, because Americans are obsessed with opening up, with their feelings. In Australia we avoid talking about that kind of thing, that’s why in Please like me they are not really discussed, they are simply shown.

In America they talk about everything, they look into each other’s eyes a lot. It’s almost obscene, fake for my taste. I was in the US during COVID, and while that was in crisis, in Australia things were very calm. It awakened in me a patriotism that I didn’t know I had [laughs].

Do you mean that you were proud of your country for its good performance against COVID?

Not just for that, I guess I missed it, I missed my home. Patriotism, for me, has always been something with which I have not felt identified. I don’t know if the same thing happens in Spain, but in Australia being a patriot has always been related to sports, or to very heterosexual things. He never identifies with anything gay.

In the US it also happens, the followers of the extreme right of Trump always define themselves as patriots. I have never had anything to do with those people, but being out of my country and experiencing this pandemic, I do feel a patriot, I applaud our ability to react.

Do you think that someone can be proud to be Australian because of your work, or that your career can, in some way, awaken a new kind of patriotism?

In my career, I have never seen myself as an Australian, nor an activist, nor have I thought about my sexuality or my age at work. I was telling my story, what I knew, without thinking about the consequences. I would never have imagined that I would be drinking red wine in a cup of tea while eating ham and talking to a Spanish journalist [laughs].

Please like me is seen all over the world, and all over the world, there are people who connect with their story, that is, with me. And that makes me feel incredibly good. I’m weird, but everyone is weird. Most people on TV are pretty normal, so just being a little weird can travel between cultures in ways I never imagined possible.

In your series, you talk about your experiences. You have talked about your mother’s illness, your relationships with your friends, etc. Are you afraid that your contacts will get angry?

Most of the time people don’t know what is on my series. I usually change it enough that they don’t even notice. And yet they generally like it. No one has ever been angry.

Well once. An ex-boyfriend. I copied the dialogue we had when we broke up and then we came back four hours later. I put it in the script, I swear, thinking of changing it, but I am very bad at remembering what is real and what is not, so I forgot. But beyond that anger, even my mother is happy to see her bipolar played out. She is proud to know that people with mental illness are being reflected in her character. Or at least, that’s what I sold her to convince her to let me tell her story [laughs].

When I watch your series, I feel like there is nothing you can’t do with humor. You use humor to take elements such as autism or death, to place them in the place they deserve, and, at the same time, reduce drama. Is there something you would never use to do comedy?

I try to treat the viewer in the same way that I would treat a friend who has a similar experience. Encouraging him, not being down. I don’t think anything is completely serious or totally funny. It is not clear to me if some scenes in my series are comedy or drama.

Simply, I would not make humor of what was not my story. I don’t think anyone wants to see an episode where my character has a good time at a Black Lives Matter rally. If it’s not my story, I’m not going to look for the funny side of it. It seems safe to talk about queer or mental illness because I know that world and I know how to deal with it realistically.

Advertisement. Scroll to continue reading.
In this article:Josh Thomas