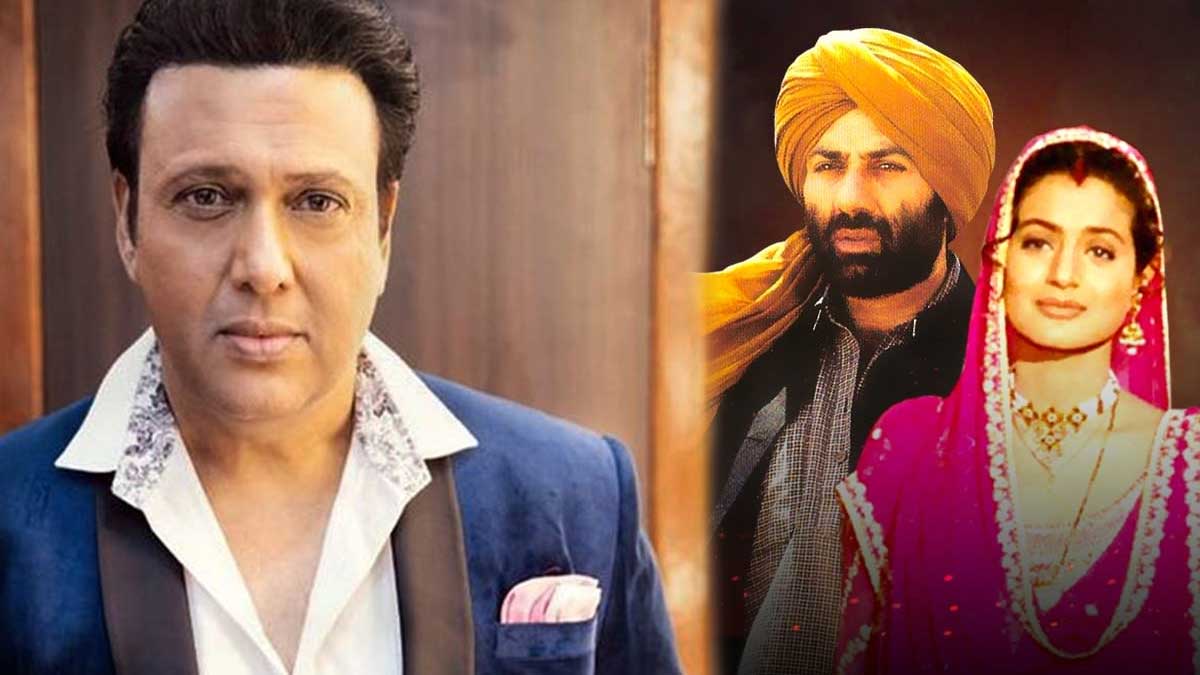 Govinda was never considered for Gadar Ek Prem Katha: Director Anil Sharma while talking to the media has told that he never wanted to cast Govinda in Gadar. He had definitely narrated the story of Gadar to Govinda, which meant that he wanted to take him in the Ghadar.

Bollywood’s Babbar Sher Sunny Deol released a film in front of the audience 20 years ago, whose name was Gadar- Ek Prem Katha. This film broke all the records at the box office. It is said that the spectators used to bring a tractor-trolley from the village to watch Gadar- Ek Prem Katha. After Mughal-e-Azam and Sholay, such a craze for a film was not seen for many decades. Sunny Deol’s popularity reached its peak due to the bumper success of Gadar – Ek Prem Katha.

Many stories are spread in the media about Gadar- Ek Prem Katha. One of these stories is also that the pair of Govinda and Neelam was going to be seen in this earlier. Talking about this, director Anil Sharma has said that he never wanted to sign Govind for Gadar. Sunny Deol was the first and last choice for the film Gadar.

Anil Sharma has told, ‘During the shooting of the film Maharaja, I told the story of Gadar to Govinda. He was scared after hearing the story of the film. The meaning of telling the story was that he thought that I wanted to make a gaddar with him when it was not so. Sunny Deol was the first and last choice for Gadar.

As far as the heroine is concerned, I had talked to many actresses about that. Somebody didn’t want to do a period film and nobody wanted to work with us. After that, we decided to cast a new heroine for Gadar. We took screen tests of 400 heroines, after which Amisha Patel was selected.