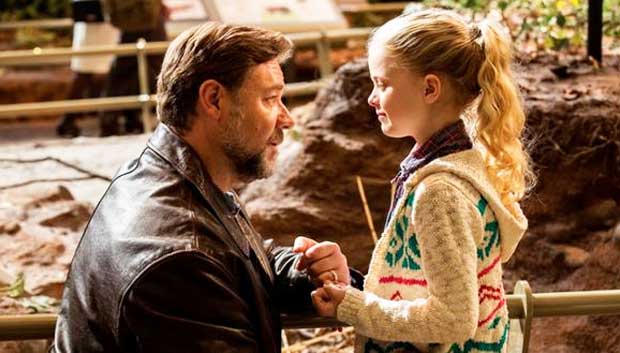 Father’s Day: They are available on the aforementioned platform to be able to spend good times in the company of the family.

Like every year in our country, the third Sunday of June is celebrated as Father’s day, where families take the opportunity to celebrate the day together and, at the same time, enjoy an evening full of movies or series. That is why here we present a list of 10 recommended films to commemorate this important date.

They are available on the Netflix platform to be able to spend good times in the company of the family.

This film is of Mexican origin and is characterized by its dramatic comedy starring, co-written, and directed by the actor and comedian Eugenio Derbez.

In the film, the main character, Valentine, is a single man but a womanizer, but then he receives a baby at the door of his house that was left by a woman from his past. Then he travels to Los Angeles and takes refuge in a house with his new daughter. When the girl is 7 years old, her biological mother appears and Valentin is not willing to lose her.

This film is about the story of two friends who, after finishing graduating from university, decide to make a joke in bad taste whose objective is to confront their parents and create a big problem. The purpose of young people is to see who is stronger than the other. The film is a comedy classic featuring actor David Spade.

This film tells the story of Brad, a man who all his life wanted to be a father but unfortunately, due to an accident that he went through, was sterile, which would change his life forever; however, a woman “Sara” would come into his life, with whom he married but was divorced and had two children.

The children saw him as a father, but at that moment he reaches the biological father, unleashing a war in order to prove who is the best father in the world.

The story refers to a teenager who, taking advantage of the fact that her mother is traveling the film stars Maisa Silva (Cinderella pop); Eduardo Moscovis, Marcelo Medici, and the comedian Pedro Ottoni.

With this production, you can see the tensions between father and son that erupt when an unpleasant father decides to move in with his son and his fiancée, precisely before their wedding. The film stars comedian Adam Sandler, who plays Andy Samberg’s immature father in this comedy.

It tells the story of five friends who formed a basketball team and who won a youth championship and during the celebration at the home of one of them by the lake they went through various situations. After 30 years they receive the news that their coach passed away so they decide to travel to New England with their families to attend his funeral.

This is the story of two childhood friends who become radically different men, while one is immature, the other is quite a family man. Despite this, one day, after being drunk, they switch roles. This is how Ryan Reynolds and Jason Bateman play a role reversal, along with Olivia Wilde and Alan Arkin.

Here you can see that Blanca is a 12-year-old girl who likes to ride bicycles a lot and what she wants most in the world is to sign up for a competition in this extreme sport. To do this, she requires the permission of her mother, who at all times refuses to support her in her desire, after her father died for practicing these risky disciplines. The girl persists in her dream so she will have the support of an actor whom she hired to impersonate her father.

2. A FATHER NOT SO FATHER

The film sees a generational war looming when an ill-tempered and intolerant old patriarch is kicked out of his retirement home and must live with his son in a hippy commune. Here the actor Benny Ibarra (Timbiriche) participates who plays the son of actor Héctor Bonilla. In addition, he composed pop music for this comedy.

The story is about a new father who has left a widower and has to face doubts, fears, pain, and dirty diapers while raising his daughter on his own.

Both the father and his wife initially had a perfect relationship, a perfect marriage, a beautiful new home, and a baby on the way. But Liz’s pregnancy was complicated, and twenty-seven hours after giving birth to a beautiful baby girl, Madeline, Matt’s wife passed away from a pulmonary embolism.