Elite Season 5: Everything about the start, cast, and plot of the Netflix series!
Advertisement 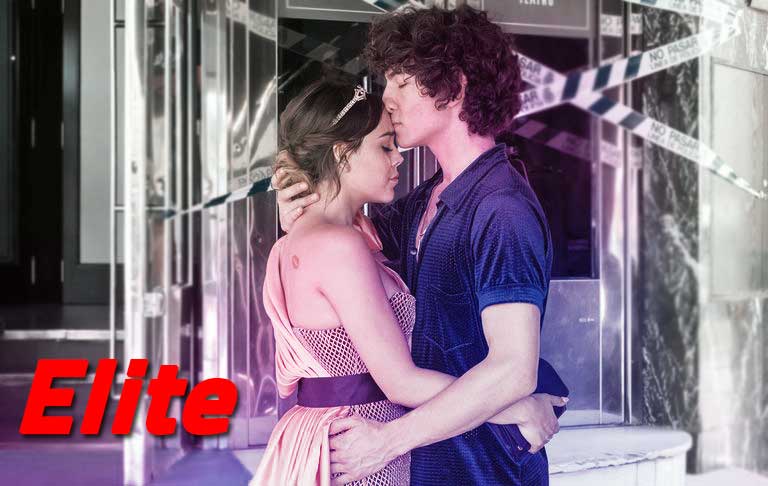 Elite Season 5 Updates: The drama series “Elite” has been renewed for season 5 by Netflix. After the end of season 4, fans are now wondering how the drama series continues.

Élite ” is one of the most popular Spanish series productions by the streaming service Netflix. Before you could see the dramatic finale of the fourth season, it was already clear that the mix of drama and thriller would be continued at a Spanish high school. We’ll tell you what is known about the start, plot, and cast of season 5 so far.

Netflix has announced the continuation of “Elite” through a 5th season on Twitter. Filming for Season 5 began in February 2021. The release date for Season 4 is June 18, 2021, while the date for Season 5 has not been announced on Netflix. With a little luck, you can still enjoy the fifth season of the drama series in Germany at the end of 2021 or the beginning of 2022. Until then, the finale of “House of Money” will start in autumn, in which two stars from “Elite” will make their appearance.

A trailer for the 5th season is currently not available. However, the team from “Elite” reported with a video message to the fans and confirmed in a video that it will continue with new episodes. If there is any new footage for Season 5, you’ll be able to see it here.

Since you can expect eight new episodes each in seasons 4 and 5 of the drama series, there is still no information about a sixth season. Various factors are decisive as to whether there will be further consequences. On the one hand, the plot of “Elite” could end in season 5, on the other hand, the series must of course be successful on Netflix and be listed in the Netflix Top 10 charts for a few weeks.

As safe as point 2 is likely to be, you can also assume that the serial producers will not run out of material for further escapades at Las Encinas. For this reason, a start date is still in the stars and is certainly not to be expected before 2022.

Spoiler! In the last episodes of season 4, events rolled over. The mastermind behind many events is Armando. Not only is he behind the blackmailing of Mencía when he finds out as her first customer that she makes extra money as a sex worker. It is also he who almost put an end to Ari’s life on the pier. But she could be found at the last minute and saved from drowning.

Guzmán follows Ari’s message and wants to meet her at the pier when he sees Armando fleeing. He follows him and shoots him without thinking with a flare gun in the boathouse. Back at the pier, he can’t find Ari and thinks she went to the party on New Year’s Eve. There he asks Samuel and Rebe about her and tells of his deed. When the rescue workers rush to help Ari, Guzmán, Samu, and Rebe sink Armando’s body in the lake. He later tells Ari that Armando had fled.

At the end of season 4, Guzmán and Ander go on a journey and say goodbye to their clique. While Ander is saying goodbye to his partner Omar, Guzmán breaks off his relationship with Ari, thinking that it’s Samuel she really loves. So some questions for season 5 remain unanswered. Guzmán is now on the run for murder. So is it goodbye forever or will he see his friends again in season 5? Because it is only a matter of time before Armando’s body is discovered and the police find out about Guzmán, Samuel, and Rebe.

With that the plot for season 5 would be ready: Can the three distract the suspicion from themselves? Maybe Samuel uses the chance to blacken Guzmán with the police in order to finally win Ari for himself. Mencía’s extra income as a sex worker could also have consequences for her if the school’s father and new headmaster got wind of the matter. In any case, it remains exciting in “Elite” Season 5.

It could be that well-known actors like Itzan Escamilla (Samuel), Omar Shana (Omar), Claudia Salas (Rebeca) and Georgina Amorós (Cayetana) from “Elite” season 3 as well as the newcomers from season 4 , Manu Rios, Carla Díaz, Martina Cariddi, Pol Granch and Diego Martín, will be back in season 5.

However, it is still unclear whether Miguel Bernardeau (Guzmán) and Arón Piper (Ander) will be there again. At the end of season 4, the two set off on a trip, but Guzmán could of course be wanted as the perpetrator in the police investigation into Armando’s murder. At least Andrés Velencoso as Armando is unlikely to return in season 5 unless as a corpse or in retrospect.

There may also be a reunion with Carla in “Elite” season 5. Actress Ester Expósito kept the option open to return in her role as Carla Rosón Caleruega. Argentine actress Valentina Zenere and Brazilian actor André Lamoglia will also join the cast.

Advertisement. Scroll to continue reading.
In this article:Elite, season 5