"The Lord of the Skies", Ximena Herrera: what happened to the actress who played Ximena Letrán, the first wife of Aurelio Casillas
Advertisement 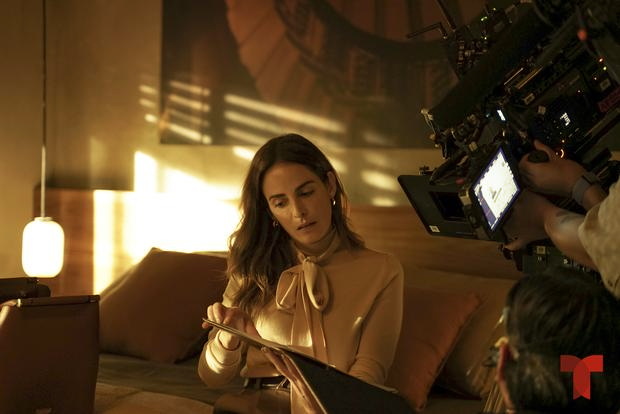 Ximena Herrera is remembered for being the first wife of Aurelio Casillas in “The Lord of the Skies.” His performance was one of the most outstanding of the first seasons. After the end of her character in history, what did the Bolivian actress do?

In 2013, when “The Lord of the heavens”, The world knew one of the most fascinating stories of recent times. Seven seasons later, the series came to an end, in 2019, leaving everyone wanting to see more. Throughout all this time, a series of characters have passed through fiction that won the hearts of the fans. One of them was Ximena Letrán, the first wife of Aurelio Casillas (Rafael Amaya)

The character of the Bolivian actress was a woman willing to protect her family, especially her children because they were the most important thing she had. He grew up and lived most of his life within the drug trafficking networks as his father became one of the most powerful leaders in the country. Their romance Aurelio Casilla was born in the first season of “The Lord of the Skies” and after several fights, she died at the hands of her own husband and father of her children.

After the end of her character in the Telemundo story, Herrera spoke about her character: “Ximena Letrán is a very rich and complex character who was born into drug trafficking and does not agree with what her father and husband do, and seeks the way to get their children out of it. ” As expected, the actress continued to participate in other major productions. Next, we will tell you what happened to her in recent years.

WHAT HAPPENED TO XIMENA HERRERA AFTER “THE LORD OF THE SKIES”

After leaving the narcoserie, Ximena Herrera has participated in “Hasta el fin del mundo” , a Mexican adaptation of the Argentine soap opera “Dulce amor”, here the actress put herself in the shoes of Aracely Fernández. Then he was present in “Mujeres de negro” , where he played Katia Millán Salvatierra Vda. of Lombardo.

His last two works in productions were in “Without fear of truth”, the Mexican anthology series produced by Rubén Galindo for Televisa, where he played Carlota. And, finally, in Ximena Herrera, she is one of the protagonists of the new Telemundo series “Looking for Frida”, a story of suspense and intrigue in which she is accompanied by Eduardo Santamarina, Victoria White, and Arap Bethke.

Along with her acting career, Herrera has ventured into the world of music, interpreting some musical themes in the soap operas where she has worked. Several of these songs were made in collaboration with Alex Sirvent, an actor and singer who was her husband until 2013.

XIMENA HERRERA IN “LOOKING FOR FRIDA”

After a couple of years away from television, Ximena Herrera returned to Telemundo to star in the suspense and intrigue series “Looking for Frida”, where she gave life to Marcela Bribiesca, a woman who is married to Abelardo Pons (Eduardo Santamarina), with whom he has an apparently successful marriage and who lives in a perfect world with his daughters until one of them mysteriously disappears.

At Abelardo’s birthday party, his daughter Frida (Victoria White) disappears without a trace, so an investigation is quickly launched to find her and discover the culprit. As the story progresses, the darkest family secrets come to light, as well as various lies and resentments that little by little make everyone a suspect in the girl’s disappearance.

She is a model, actress, and singer with a long history in melodramas, series, and movies. She moved to Mexico during her youth to work in modeling agencies, where she appeared in various advertising campaigns until she began her studies in acting.

Herrera trained as an actress at the Center for Artistic Education in Mexico, in addition to studying Marketing in Boston. However, her passion has been acting, where she has achieved several achievements.

Her first job as an actress was in 2004 with the telenovela “Corazones al Limit”, and then made the leap to the big screen in 2008 when she starred in the film “Volverte a ver”, along with Alfonso Herrera. In the cinema, he has had other jobs such as the films “The good friend”, “The other family” and “Seven years of marriage”.

Advertisement. Scroll to continue reading.
In this article:Ximena Herrera