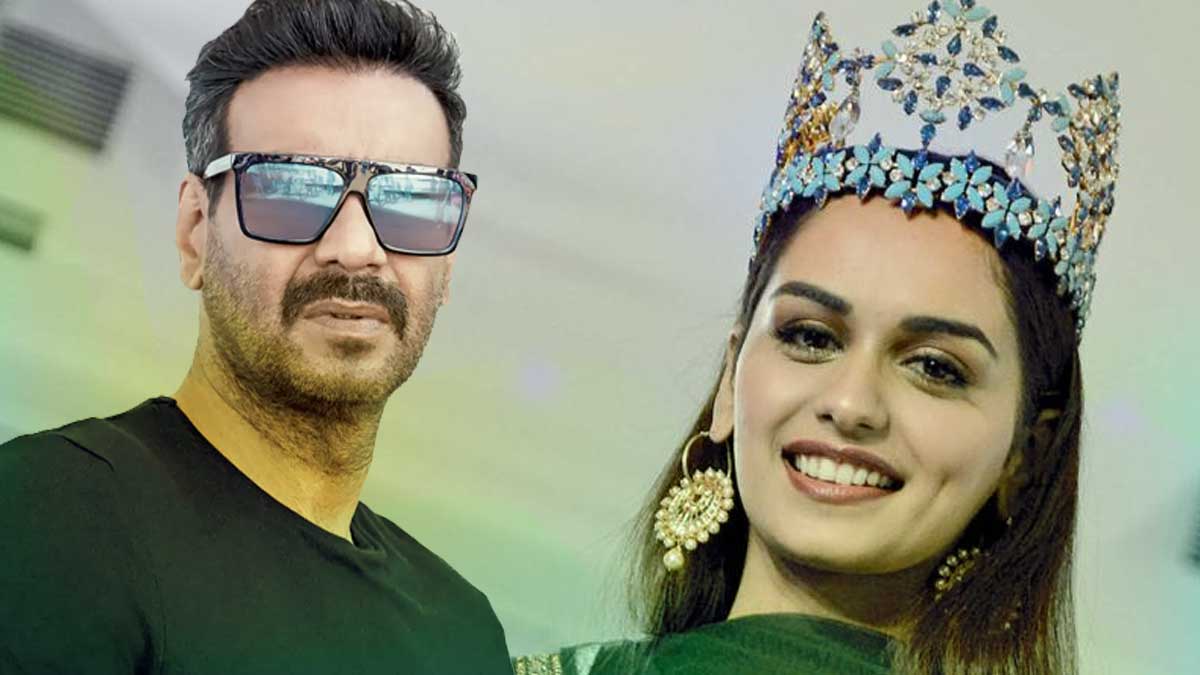 During the Coronavirus lockdown, it has been revealed that Yash Raj Banner is planning a superhero film, in which Ajay Devgn will be seen in an important role. Chunky Pandey’s nephew Ahaan Pandey will make his Bollywood debut with Ajay Devgan’s superhero film. Ahan Pandey has been signed by the talent company of the Yash Raj banner and is preparing to launch him on a big scale.

A fresh update has come out about the film, knowing that the fans will be happy. Bollywood Hungama has informed in a report that Yash Raj Banner has signed actress Manushi Chhillar for this film of Ajay Devgan and Ahan Pandey. Manushi Chhillar has already signed two films with the Yash Raj banner, one of which is Akshay Kumar’s Prithviraj and the other Vicky Kaushal’s film.

A source close to the film told the portal, “Manushi Chillar is Yash Raj Camp’s favorite actress these days. Everyone has seen his passion for work and everyone praises him. He is very professional and Aditya Chopra is very happy with his work. Aditya Chopra has signed Shiv Rawail for a superhero film in which Manushi Chillar will be seen playing the lead role. She will be seen romancing Ahan Pandey in this superhero film.

Manushi Chhillar signed a three-film deal with the Yash Raj banner and this is her third film. Aditya Chopra has really liked Manushi Chhillar’s work and is looking forward to offering her some more projects. Explain.